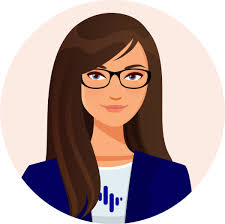 Tania has been a contractor with VP since 2013. Tania started as an audio video typist and obtained her ACT license in 2015. Tania has also been employed with the Ministry as a reporter since 2019 and previously as a courtroom clerk. Tania has devoted her career to the justice system. Tania has completed hundred of court transcripts including the a portion of the appeal in the Tim Bosma murder trial. Tania has been involved in proofing and quality control of transcripts for both audio video and ACT transcripts throughout her career with VideoPlus.